How to use OP-TEE with Freescale i.MX6Q SDB?

Here we will be describing the general way of getting the source of OP-TEE, building the solution and how to run xtest on the device. The basic details of OP-TEE are already covered in the previous blog that we have gone through. There are some pre requisite to make the environment.

We are selecting Ubuntu-based distributions for building OP-TEE and for this, there are a few packages that needs to be installed. Install the following packages regardless of what target board you will use in the end. But keep in mind that our primary target Board is i.MX6Quad SDB.

After making the setup ready for OP-TEE, the next step should be to install repo. We don’t install a huge SDK instead we go with REPO.

It’s simply a Python script that you download and put in your?$PATH, that’s it. We are using the repo python scripts from google repo pages.

Repo?is a repository management tool that is built on top of git. Repo is not meant to replace git, only to make it easier to work with git. The repo command is an executable Python script that you can put anywhere in your path.

Now as the first step after setting up the environment. Make a directory called bin in the home folder of the host PC. Download the repo from storage.googleapis.com. Installation procedure follows.

Now as a next step we have to create a folder where OP-TEE files to be downloaded and compiled. Make a folder called optee in the home folder of the host OS. Then change your directory to that.

Use repo init and repo sync commands to download the op-tee source from their repositories. Use the following commands for this.

How to get a proper compiler for OP-TEE OS?

The compiler that we have used and tested with op-tee is from linaro, with the name gcc-linaro-4.9-2016.02-x86_64_arm-linux-gnueabihf. Even though the source package was available for this, the one we have used is a pre-built cross compiler binary. This is tested with OP-TEE on I.MX6QSABRESD.

Download the pre-built binary from Linaro. Untar and export it to make the cross compiler ready.

There needs a different version of u-boot which supports op-tee in our case. OP-TEE team has already integrated the changes required to the u-boot.

We have to download the source from the above branch. U-boot folder will get created with this.

For compiling the u-boot follow the below commands after changing the directory to u-boot. As usual this includes the export commands and make commands.

With the above commands we will be able to compile the u-boot source code downloaded. This will generate a binary called uboot.imx. Copy this binary to the boot media.

A specific version of Linux kernel is required for OP-TEE. This is because the supporting patches needed for op-tee is not yet included in the upstream kernel.

The source package that supports OP-TEE will be downloaded to the specific location with the following command. A linux folder will get created.

Follow the commands below for make and config after changing the directory to linux.

How to Compile OP-TEE OS?

Now we have to compile OP-TEE OS. This has been already downloaded. Below commands are used for compiling OP-TEE OS. Change the directory to optee_os (source code) which will be available in optee directory.

mkimage command  is used here to make uTee image to look like uImage so the bootm command can boot it. We recommend the use of mkimage from uboot/tools/mkimage to make uTee image. 0x4dffffe4 has been given as load address here because tee.bin has a small header in front of the real code.

Now it’s time to understand how OP-TEE boots on SABRESDB. The illustration of booting is given below as block diagram.

As in the above block diagram the booting starts as usual with POR and the U-boot. The U-boot here loads uTee and not Kernel. uTee will enable all the required elements for Secure world. uTee has the information regarding the kernel location. After loading the secure world uTee will load the kernel and will in turn load the normal world.  Following Commands are used in u-boot

bootm command will consider uTee as an alternative for uImage and the same device tree.

How to build OP-TEE Libraries and Test Applications?

The OP-TEE supporting Libraries are available in the directory called optee_client. This source needs to be compiled to generate library files. For this just do a make as below.

The compiled library files will be available in the directory out/export. Copy all the files from this folder to the rootfs of the target board.

The test application is known by the name xtest which needs to be compiled. The location where the source code for xtest available is optee_test. Follow the steps mentioned below for compiling xtest.

Here there are some mandatory export paths for DEV_KIT_DIR and CLIENT. The first one is purely platform specific and next one is to get the static op-tee libraries for compiling.

Now we have to specify the cross compiler used for host, TA etc.

After compiling the xtest, Copy all “xx.ta” “xx.elf” in out/* to sd card rootfs “/lib/optee_armtz/” and copy xtest to SD card rootfs /bin directory.

How to test OP-TEE?

Before running the xtest, the test application for optee, we have to make sure that teex, teeprivx driver files are available in /dev/. These device files are the key components required. Make sure that you have super user permission to run tee. Keep in mind that this test may slowdown the system. Follow the steps below:

Simply run xtest after that. This will start the xtest and will print debug messages based on the debug level set.

After completing the test, Application will display messages similar to this

The above messages are copy pasted from a SABRESD system with debug level 0.

This site uses Akismet to reduce spam. Learn how your comment data is processed. 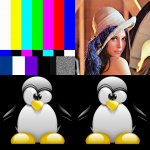 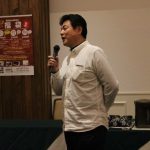 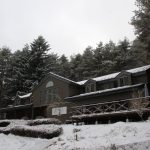 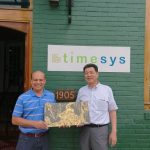 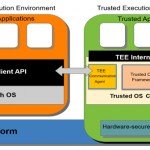 An Introduction to OP-TEE

OP-TEE is designed primarily to … 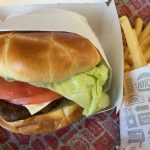 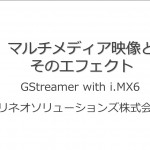 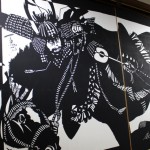